I’ve decided it’s time for DPI Studios, as you’ve known it, to end.

12 years ago Aaron (Embrio) and I exhibited at the first Calgary Expo and we were blown away by the response. Not only did people like our artwork, they were willing to pay for it. The dream come true. The following years were a rollercoaster. We made many good friends from doing conventions in Canada and the US. Worked for big name companies and had our personal work published in artbooks and Heavy Metal magazine. The friends and memories I’ve made through DPI Studios have been some of the best in my life.

With Aaron’s departure I continued on, working with other artists and on my own work, but it never felt the same.

I came to realize after the 2018 Calgary Expo that I’ve put a lot of pressure on myself by trying to live up to my expectations of what DPI Studios was and should be. In reality, it was a made-up name for two buddies to sell their artwork as. In the beginning our main goal was to make the art we wanted to make and to have fun while the ride lasted. Along the way, the ride has become less and less fun. Each new attempt to rekindle the fun (AR, Web/Motion Comics) was a short lived distraction from the real problem.

Now, in an effort to shed 12 years worth of DPI Studios baggage I’m “burning it to the ground”, in a sense. This coming 2018 Edmonton Expo will be the last show for DPI Studios and it will involve a fire ­sale to clear out old inventory and pay off some debt. The DPI Studios website and online store will remain as it is for the foreseeable future. I’m starting the fire sale early online with some of the large canvas prints that are taking up space in my living room. Details on that can be found here.

As for my future? Well, I’m not so sure on that topic. I need to rediscover my passion. If that leads me back to producing art to sell at shows it will be under my own name. I’ll most likely continue with the work I’ve been doing with video and motion graphics production. Whatever the future holds I’ll be making occasional social media posts to update people on my progress.

Of course, I cannot finish this without a gigantic thank you to all of you who ever purchased our artwork over the years. As an artist the hardest part isn’t the creating, it’s the showing. Knowing that artwork I made is hanging in the homes of so many wonderful people is a very special warm feeling. Thank you all very much. 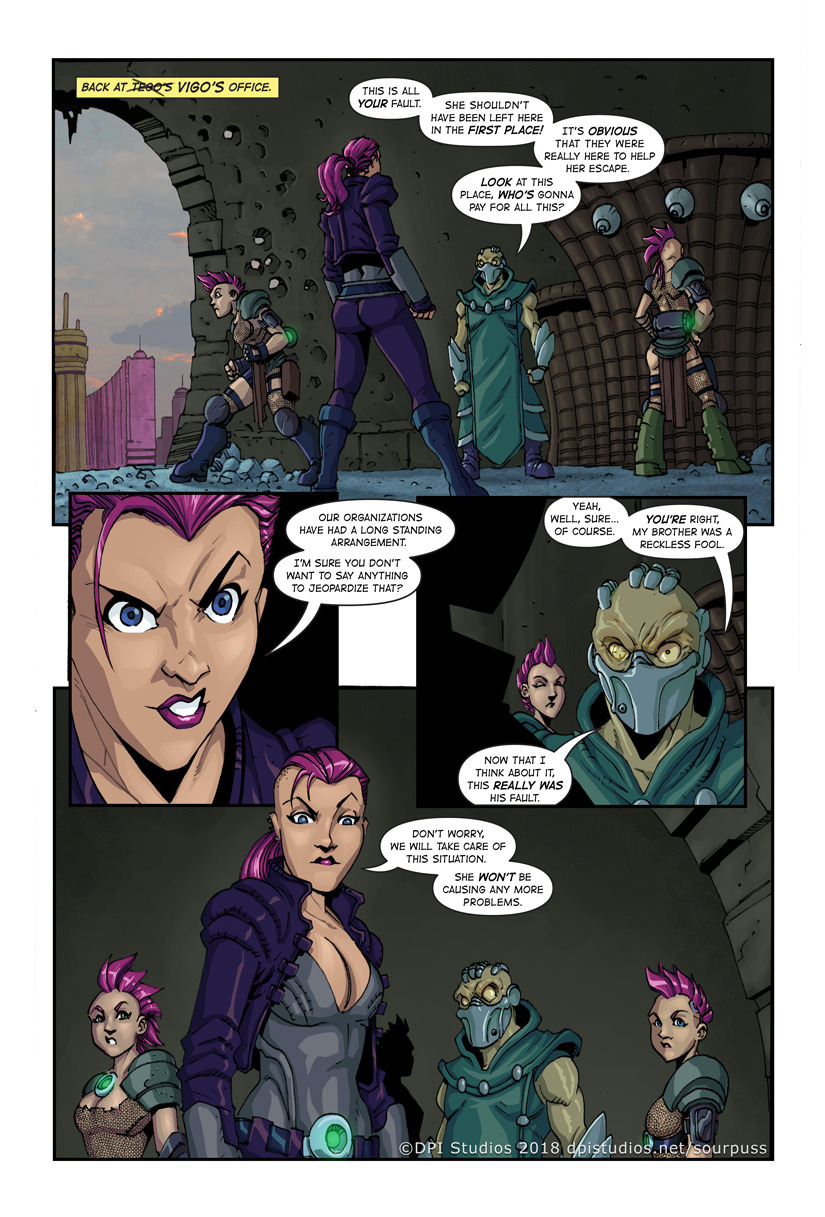 Welcome to the end of Episode 1! Thanks for hanging in there, it’s been a bumpy ride. Sourpuss is going to take a brief break to figure some things out and build a backlog of finished pages before we start up again. Not having enough pages in the queue was a big problem when we first started and I’m going to make sure that’s solved before we start up again. If you’d like to be notified when Episode 2 starts, please join our newsletter.

If you’re enjoying Sourpuss please vote for us on TopWebComics 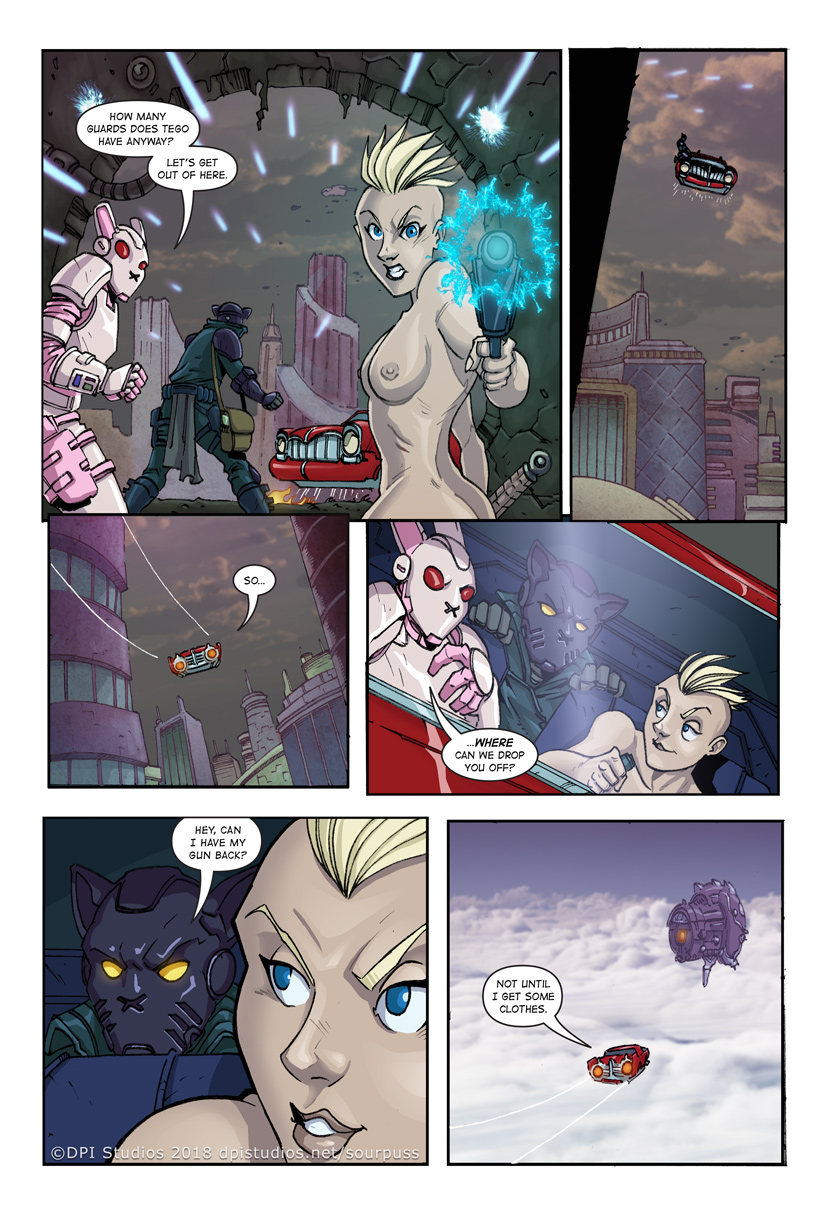 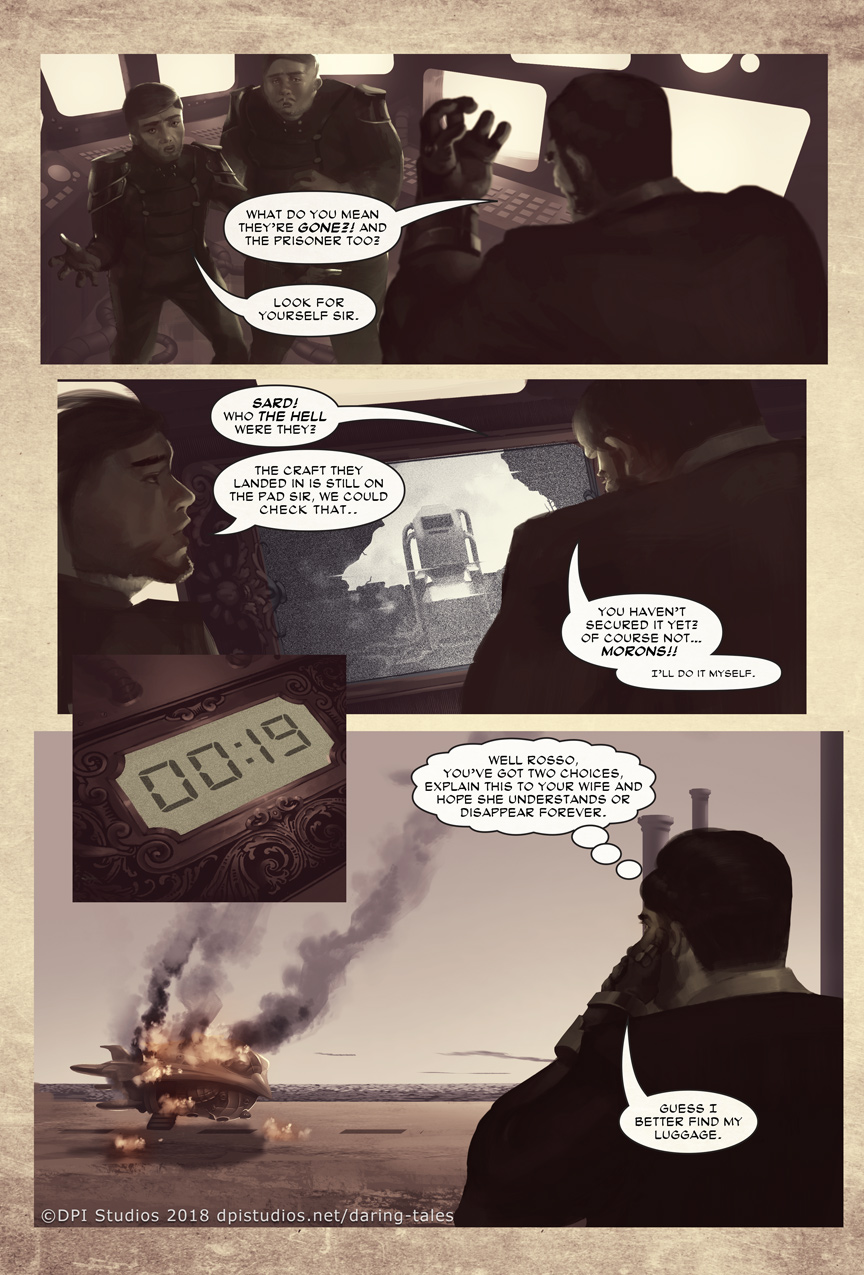 That’s a wrap for Episode 2. Let us know your thoughts in the comments. Next up, The Riders. 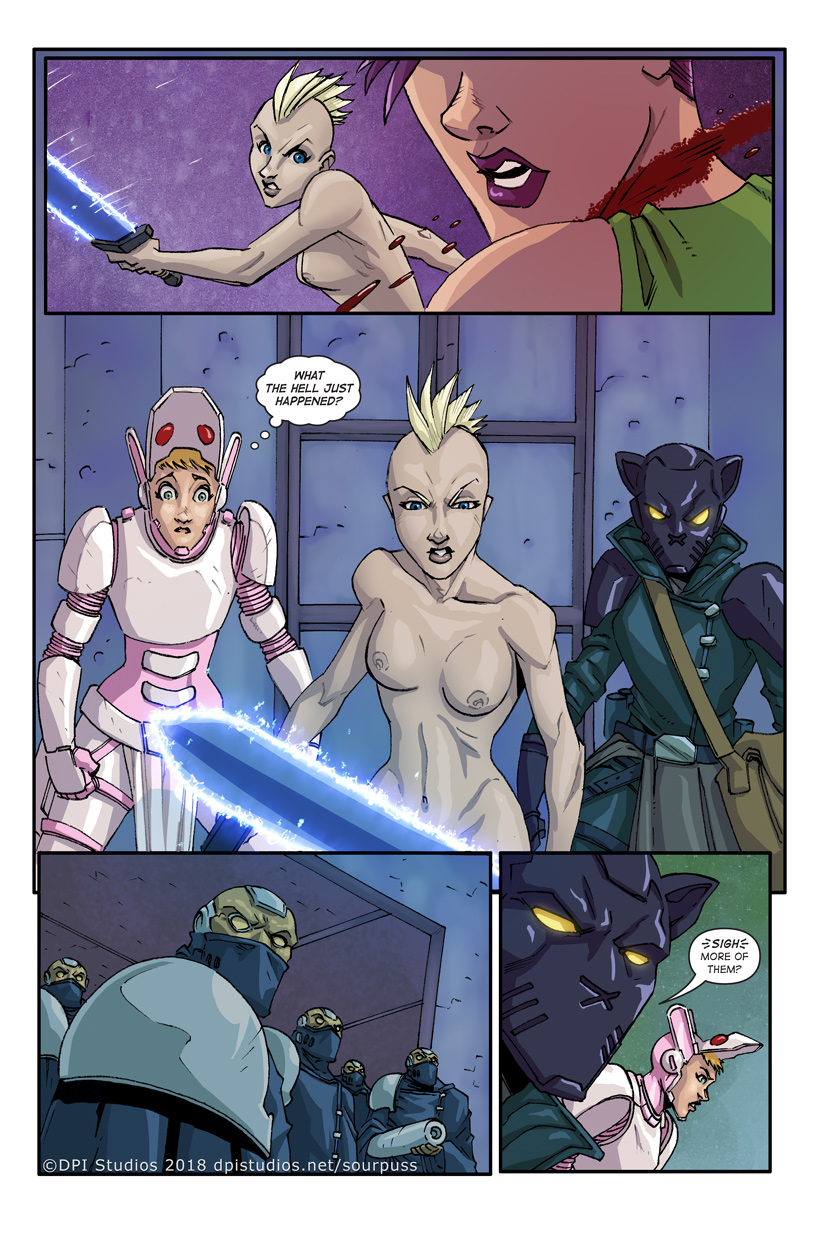